Define What Is Art?

Defining what is art has been a source of controversy for centuries. In modern society the definition has been heavily influenced by society and the beliefs and opinions of those living within that society. While these definitions often differ, there are some common elements that are shared between all definitions. 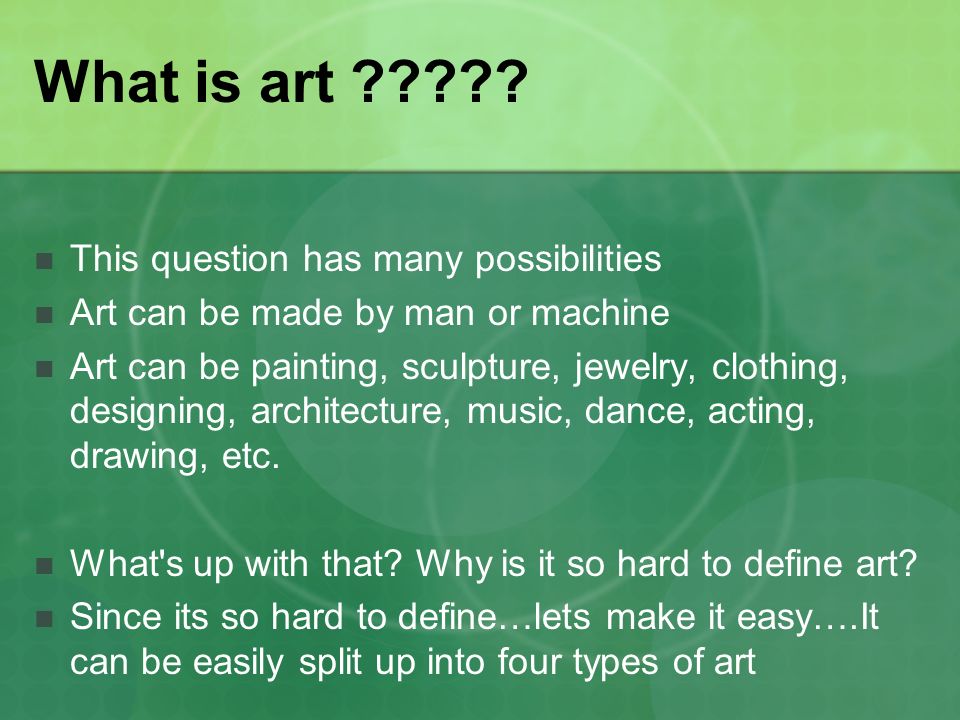 A less defined definition often associated with what is art is what is popularly defined as art. In this definition what is art is a term that is used to describe a collection of works that are widely viewed by a large number of people. An important part of this definition will include whether or not the work is of interest to a wide variety of viewers. For example a piece of artwork that is widely shared among a wide number of people will most likely be considered art.